As many refugee students in Jordan complete their first week back at school, UNHCR, the UN Refugee Agency, has today released a global report warning about the continued threat of coronavirus to refugee education. Titled ‘Coming Together for Refugee Education, the report urges the international community to take immediate and bold action to prevent the potential catastrophic effects of COVID19 on refugee education.

Jordan, however, is mentioned as one of the countries which continues to lead the way in ensuring refugees can get an education. Included with the national education system, last year 136,000 out of a potential 233,000 school aged Syrian refugee children were enrolled in formal education and over 200 schools continue to operate a two-shift system.

“Collectively, there have been many efforts to ensure there is no lost generation such as through the inclusion of so many refugee children in Jordanian public schools,” commented UNHCR Representative in Jordan, Dominik Bartsch, “With coronavirus, the start of this school year presents additional challenges, but in education there remains hope,” he concluded.

UNHCR Jordan has also recently announced its DAFI Scholarship scheme for refugee students seeking scholarships to begin university this academic year. With applications opening on September 6th and funded by the German Government and Said and Asfari Foundation, the DAFI scholarship in Jordan has already provided over 800 refugee students in access higher education in Jordan since 2007.

The potential of refugee students is huge. This year 1,670 Syrian refugee youth in Jordan passed their Tawjihi, end of high-school exams; 154 of whom achieved grades of 95% or higher. But globally only 3 percent of refugee youth have access to higher education.

Adapting to the limitations imposed by COVID19 has been especially tough for 85 percent of the world’s refugees who live in developing countries. Mobile phones, tablets, laptops and internet connectivity are not readily available. In Jordan, an estimated 23 percent of Syrian refugees have no internet access at home, while two thirds rely on limited data packages.

“Half of the world’s refugee children were already out of school,” said Filippo Grandi, UN High Commissioner for Refugees, commenting on the launch of UNHCR’s Global Education Report. “After everything they have endured, we cannot rob them of their futures by denying them an education today. Despite the enormous challenges posed by the pandemic, with greater international support to refugees and their host communities, we can expand innovative ways to protect the critical gains made in refugee education over the past years.”

In Jordan, efforts to support e-learning and innovative education initiatives continue as children return to the classroom through programs such as the Kolibri platform which is aligned with the Jordanian curriculum. UNHCR Jordan continues to work closely with the Ministries of Education and Higher Education, as well as UNICEF, other UN Agencies and local NGO partners to secure the education and futures of refugee children. 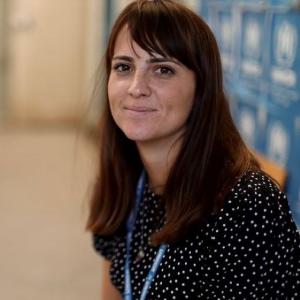 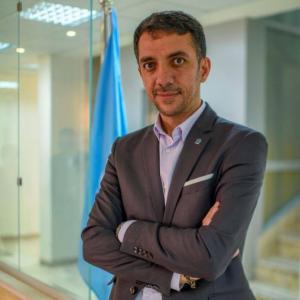