The United Nations in Jordan  celebrated World Humanitarian Day, which is part of the global campaign that honours humanitarian workers who have lost their lives or been injured in the course of their work.

Representatives from the humanitarian community in Jordan honoured the sacrifices of their colleagues in a small ceremony hosted by the United Nations.

This year, under the banner of #RealLifeHeroes, the ceremony included short videos to highlight the everyday efforts made by aid and frontline workers to improve the lives of people in need of assistance.

A panel discussion featured three Jordanian humanitarians who spoke of their work, motivation and challenges presented by the COVID-19 crisis.

In his welcoming remarks, the acting Humanitarian Coordinator in Jordan, Dominik Bartsch, reiterated the UN’s commitment to humanitarian support for Jordan.

“The UN thanks the Government of Jordan for their commitment to refugees and other vulnerable groups in Jordan,” Bartsch said.

He acknowledged the critical role of first responders in humanitarian action, stressing that “we applaud their efforts to continue humanitarian programmes, while addressing the needs created by COVID-19”.

Zola Dowell, head of the Jordan’s Office for the UN Office for the Coordination of Humanitarian Affairs (OCHA), reiterated the importance of the day and the sacrifices aid workers make to support others.

“This year, we particularly honour the health workers who continued essential care while adapting to the COVID-crisis.  We also appreciate the extraordinary efforts made by educators to make sure children could continue learning despite the pandemic’s impacts,” Dowell said.

World Humanitarian Day (WHD) was designated by the UN General Assembly in 2008 to coincide with the anniversary of the 2003 bombing of the United Nations headquarters in Baghdad, Iraq.

Every year on August 19, the world commemorates and recognises humanitarian aid workers who risk their lives on the front lines in humanitarian service around the world, according to the statement. 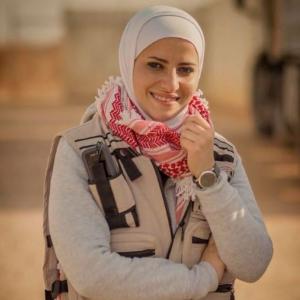