The Ministry of Water and Irrigation (MWI) has received the approximately 73km-long renovated water distribution pipeline networks in Hawwara District in Irbid City from the Japan International Cooperation Agency (JICA) and UNOPS.

The renovated water pipeline is a part of the grant aid project “Urgent Improvement of Water Sector for the Host Communities of Syrian Refugees in Northern Governorates in the Hashemite Kingdom of Jordan [Phase 2]” implemented by JICA in partnership with UNOPS, and the completed network will be operated by the Yarmouk Water Company (YWC). The Government of Japan funded 21.6 million US dollars for the entire project.

The project aims to improve quality of and access to water supply services by approximately 70,000 population in the region, including Syrian Refugees making effective use of Jordan’s scarce water resources by renovating and rehabilitating water networks laid in the 1970s.

Currently, the project is undertaking restoration of the main networks in Sarieh District and house connection works that will allow households in Irbid to receive a steady supply of water. The project is scheduled to be completed at the end of 2022.

His Excellency, Eng. Raed Abu Al-Saud, the Minister of MWI, highlighted: “The project will increase efficiency of the networks and improve access to water in Irbid. I appreciate the continuous support from the Government and people of Japan to the Hashemite Kingdom of Jordan, especially to the water sector noting that this support has clearly contributed to alleviating the impact of the influx of Syrian refugees and also enhancing the capabilities of YWC.”

Yanagi Hidenao, Japan’s Ambassador to Jordan said: “Japan highly appreciates the generous hospitality of the Government and people of Jordan to receive so many refugees from Syria and continued its contribution to support the host communities in Jordan. As the water sector is one of Japan’s priorities in the development assistance in Jordan, we have especially supported improvement of the water sector in the northern governorates since 2014, when the previous Phase 1 project started with a 22.4 million US dollar grant".

"I am glad that we can see the completion of parts of this project when the demand for water is growing due to the pandemic of COVID-19. I really appreciate the dedication and cooperation for this project made by related authorities including MWI, UNOPS and JICA, and I hope that this project would contribute to further development of the region and the entire country of Jordan," the ambassador added.

Chief Representative of JICA Jordan Office, MIYAHARA Chie, said: “I would like to highly appreciate the hard work given by all concerned agencies (MWI/Irbid Governorate/Municipalities etc.) and UNOPS as well as understandings and cooperation of the people in Irbid (Hawwara/Sarieh) during the difficult time of COVID-19 pandemic. I hope it can be well maintained to continuously serve the people for many years to come".

General Manager of YWC, Muntsr Al Momani, said: “the project will improve YWC to find solutions for the water supply to the areas of Hawwara and Al-Sarieeh in the city of Irbid, where the old network has been a cause of major imbalances to serve the project area. YWC appreciates our friends in Japan for their support to YWC and Jordan.”

“We are very proud to celebrate this key milestone of our first partnership project with JICA in the Middle East region. This initiative ties in with Japan’s support to Jordan’s sustainable economic growth and Jordan’s development agenda, aiming to improve access to safe water by utilizing UNOPS expertise in infrastructure and project implementation. We hope that the remaining activities of the project and our continuous collaboration with all partners including the Government of Japan, JICA and MWI will contribute to Jordan’s dedicated efforts toward sustainable development and improved quality of life for all,” said Muhammad Usman Akram, Director of UNOPS Operational Hub in Amman. 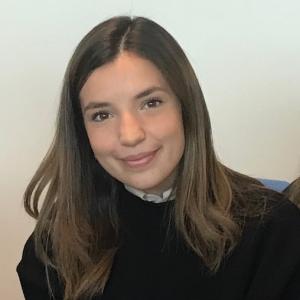