Half of refugees in Jordan are considered medically vulnerable. UNHCR continues to support a range of primary, secondary and tertiary healthcare interventions. 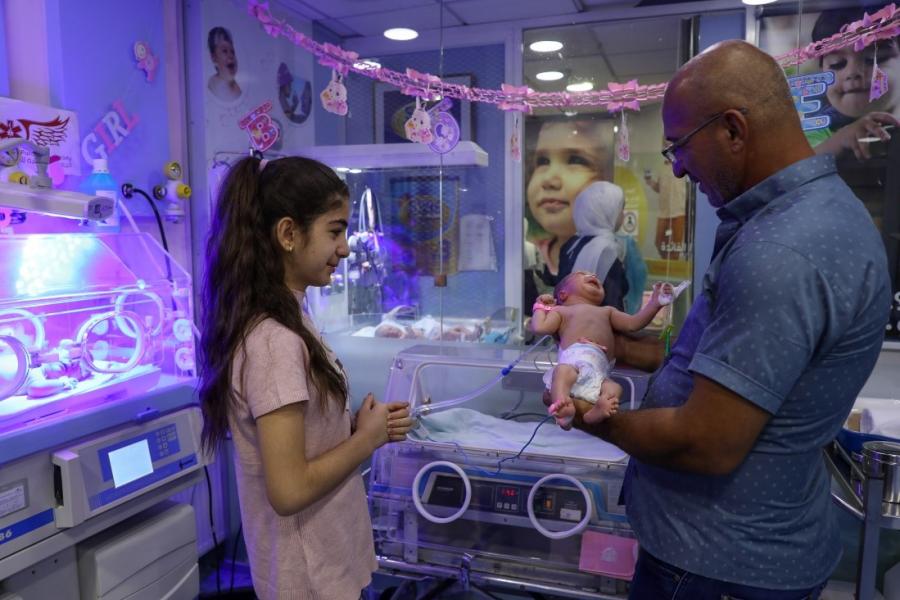 Qais and his daughter, Clarissa, spend some moments with Berla, the latest addition to their family in the neo-natal unit at AlMaqased hospital in Amman.
Photo | © UNHCR Jordan

Sami, 64, breathes in and out slowly as Dr Sanad listens to his heartbeat. An Iraqi refugee living in Marka, just North of Jordan’s capital Amman, he was rushed to hospital with chest pain four days previously. “I was in shock. I have never had any medical problems. It’s the first time I’ve had to come to the hospital since we fled to Jordan,” he explains.

Once the initial pain had subsided and medicine administered, tests revealed that Sami needs a pacemaker fitted. But it comes at a cost of 9,000 JOD.

“It’s reassuring to know what is wrong, that there is a solution, but how am I supposed to afford this,” Sami says.

His youngest son Sarmad, who has been staying next to his bedside since his father was admitted to the hospital, adds that he had to borrow money from a friend and take three taxis to join him, “Affording simple things in our life are difficult, now we have this added burden.”

Sami and his families struggle to get the healthcare he needs are unfortunately all too common in Jordan, as although refugees can access the national healthcare system, the cost of paying for even basic procedures is often beyond their means.

UNHCR is able to cover the cost of emergency referrals to hospitals in cooperation with the Jordanian Paramedic Society (JPS), but many operations, such as the Pacemaker that Sami needs, are beyond what budgets can cater for.

Instead collaborations with international medical missions who come to Jordan to provide free operations for the most vulnerable patients have previously been an important means of support. But due to coronavirus and the closure of airports, many procedures are currently on pause.

“Not only are we supporting the national system with coronavirus response and preparedness plans, but we are also seeing an increase in the number of medical referrals for secondary and tertiary healthcare.” 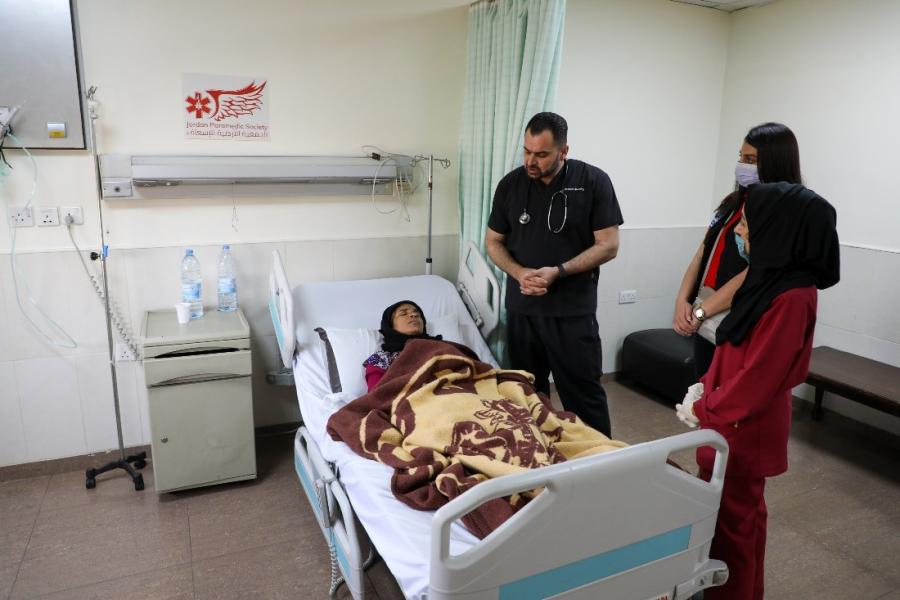 Dr Bassam talks witth Shamsa, 41, a Syrian refugee patient from Azraq Camp, who was admitted to AlHanan hospital for heart surgery and has been in the hospital for the last week.
Photo | © UNHCR Jordan

The recent announcement by the Ministry of Health of a reduction in the rates for non-Syrian refugee healthcare from the foreigner to the non-Jordanian, subsidized rate has therefore been much welcomed. For routine procedures such as a pregnancy, the cost will reduce from 220 JOD to 60JOD.

Financed by a consortium of donors – including the World Bank, USAID, Canada, Qatar and Denmark – who have provided direct funding to the Ministry of Health to support the healthcare of refugees, this change is much welcomed in alleviating the high costs previously faced by vulnerable non-Syrian refugees and demonstrates what international solidarity can achieve.

Dina and Qais, an Iraqi refugee family from Baghdad who have recently had their fifth child, a little girl called Berla, are hopeful about what this change will mean.

“I am always so worried if one of my children gets ill,” says Qais, an Iraqi refugee.

“what if I am not able to pay for the procedure they need, and it is a matter of life and death.” UNHCR is currently covering the cost of Berla’s stay in the neo-natal ward at AlMaqased Hospital after she was born one month prematurely.

Dr Bassam Al-Zuo’bi, an anesthetist and head of the medical department at AlHanan Hospital in Amman, is also confident in Jordan’s ability to continue to provide healthcare for refugees. “For us, it doesn’t matter where the patient comes from, everyone deserves the same level of care.” Since the beginning of the Syria crisis, he estimates he has treated around 1,000 refugee patients in the hospital, many of whom are referred from Zaatari and Azraq refugee camps for specialized treatment in Amman. Even amid coronavirus movement restrictions and curfews, the hospital continued to receive refugee patients.

AlHanan hospital is part of a network of hospitals across Jordan that UNHCR works with to facilitate referrals and medical treatment for refugees living inside refugee camps and urban areas.

For Sami, however, the wait to find out if someone can cover the cost of fitting his Pacemaker continues. Every month, UNHCR Jordan’s Emergency Healthcare Committee meets to make decisions on cases which need funding. In June, 99 emergency life-saving cases were approved.

In 2020, UNHCR estimates it will need to cover referrals to hospitals and treatment for approximately 36,000 urban and camp-based refugees, at a cost of 5.3 mln USD.  “We often have to make life and death decisions based on availability of funding. It’s the toughest part of my job,” Dr Adam concludes. 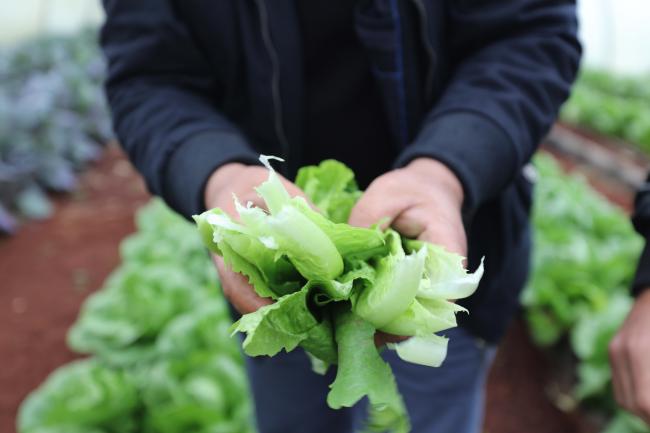 In response to the 40,000 refugees who were impacted by the pandemic, the WFP in Jordan expanded its monthly assistance to help them meet their basic needs. 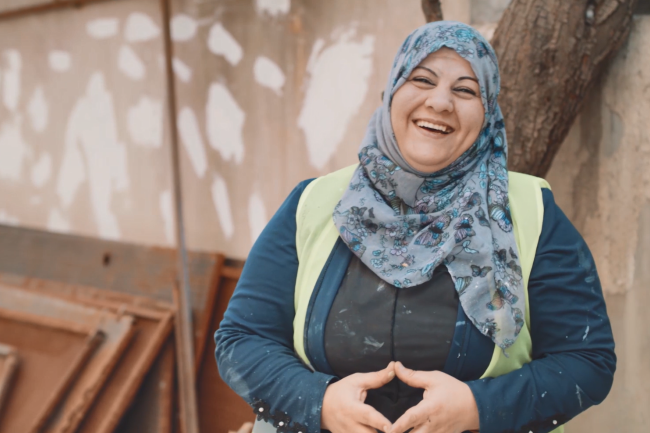 For 43-year-old Jordanian Warda, accepting gender roles set by society was not an option. 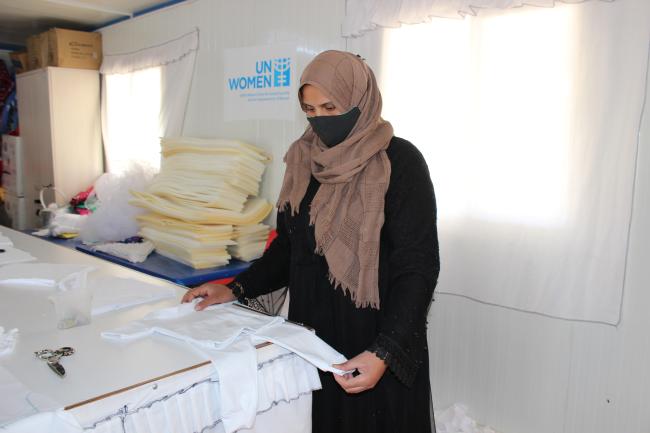 From where I stand: “When your aspirations are strong enough, nothing can stop you from achieving your goals”