The Government of Japan and UNOPS launched a new project to enhance the operational capacity of the Royal Medical Services (RMS). The $1.3 million contribution is a continuation of the strong support from the Government and people of Japan to improve the access to and quality of health care in Jordan.

The project will restore and equip the RMS female surgical and pediatric wards, as well as the renal dialysis unit. It is anticipated that over 330,000 people will benefit from this project, including the Syrian refugees who access the RMS services.

This initiative complements the previous support provided by the Government of Japan and UNOPS to strengthen Jordan’s health sector. The previous phase which has supported the rehabilitation and procurement works for the obstetrics and gynaecology departments, and the warehouse in the King Hussein Medical Centre (KHMC) including newly constructed indoor waiting areas improved both the access for and the services to the beneficiaries. In addition, the ambulances and medical beds provided to the RMS are contributing to the Kingdom’s fight against COVID-19.

RMS Director Brig. Gen. Dr. Adel Wahadneh said, “Both the previous and upcoming rehabilitation projects will have a significant impact on the quality of medical care provided to patients. We appreciate the continued support of the Government of Japan and UNOPS, which will help sustain and improve RMS capabilities and the services we provide to the population at large, as well as Syrian refugees.”

“Japan highly appreciates the role of RMS in the health sector in Jordan, and in particular, its dedication and ongoing nationwide efforts to contain the spread of the COVID-19. We value the RMS’s continued contribution to medical support to vulnerable people including Syrian refugees at the hospitals and in the field. I would also like to give my sincere appreciation to UNOPS as our long-standing implementing partner of several projects in Jordan since the onset of the Syrian Crisis. In January this year, the Government of Japan renewed its commitment to support RMS through rehabilitation of the KHMC as well as procurement of medical equipment for KHMC. We sincerely hope that our assistance will contribute to further enhancement of the operational capacity of the RMS and improvement of the access to health services for the vulnerable population in Jordan, and Jordan will succeed in overcoming the negative impact of COVID-19 as soon as possible,” stated H.E. Mr. Yanagi Hidenao, Japan’s Ambassador to Jordan. 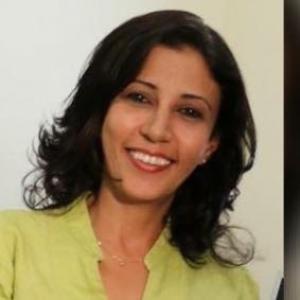