Within the framework of joint efforts in the field of social protection and to support survivors of violence, the Public Security Directorate (PSD) and the United Nations Entity for Gender Equality and the Empowerment of Women (UN Women) strengthened their partnership to respond to the COVID-19 outbreak, mitigate its impact and to protect the community from virus transmission.

With the support of the Governments of Canada, Finland, Norway, Spain, and the United Kingdom under Jordan’s National Action Plan on the United Nations Security Council Resolutions 1325 on Women, Peace and Security (JONAP), UN Women provided 500 recovery bags to assist women residing in shelters, and to women inmates in the Al-Juwaideh women’s rehabilitation center.

“PSD, through the Family Protection Department (FPD), has taken concreate steps to address the issue of domestic violence. Building on many years of operations in this field, the administration made significant achievements, especially in the investigation and follow-up of all issues related to domestic violence as well as in raising family and social awareness” affirmed Brigadier-General Dr. Mutasim Abu Shattal, PSD Assistant Director for Management and Logistical Support.

The PSD Assistant Director emphasized that PSD is actively enforcing the law, providing services and assistance to those in needs. In order to achieve this, PSD has adopted a participatory strategy, engaging all national institutions and international partners, including UN Women, to work together in improving the social protection system and to provide the best legal, health, social and humanitarian services to survivors of domestic violence.

He also affirmed that, in light of the COVID-19 outbreak and national efforts to prevent the spreading of the pandemic, PSD, in partnership with UN Women, took preventive measures and adopted the highest health standards to protect women. Female officers serving in the PSD Women’s Directorate, Gendarmerie, and the Civil Defence Directorate played a critical role in responding to this pandemic.

With the support of UN Women and international partners, enhanced services were provided to survivors of violence and women hosted in rehabilitation centers. In addition, all female officers were trained to provide professional assistance and support to women in need.

“Through the JONAP pooled fund, we have been able to quickly respond to the needs of the security sector, and to support efforts to mainstream gender in the crisis response. The deployment of women police officers in the first line of response is a good example of this. Their observations and input have been crucial to integrate the perspectives of women in the measures taken, and to promote public services that respond to women’s needs.” stated Tone Allers, Norwegian Ambassador to Jordan on behalf of the donor consortium.

“The impact of Covid-19 across the world is demonstrating how a crisis specifically affects the lives of women while highlighting the leadership roles women are playing to help their countries respond and recover” said Ziad Sheikh, UN Women Jordan Representative. “Here in Jordan, our well established partnership with the Public Security Directorate under the nationally-led and widely supported JONAP is enabling UN Women support national partners in the response”. 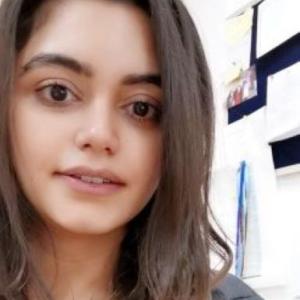