Households report significant impact on livelihoods as a result of COVID-19: UNDP survey

COVID-19 and the lockdown measures have had severe implications on people’s livelihoods across Jordan as two, just released assessments of the United Nations Development Programme (UNDP) highlight.

The rapid impact assessments were conducted during the lockdown in late April until early May, covering 12,084 citizens from across Jordan complemented by another assessment of 1,648 households focusing on some of the most vulnerable Jordanian households.

While Jordan curbs the spread of COVID-19 and trust in Government response measures is high, the impact of the crisis on households across Jordan has been significant.

UNDP Resident Representative, Sara Ferrer Olivella emphasized that the survey provides important insights for policy makers and development partners as they are developing response measures. "We need to understand who is affected, where and in what way so that assistance can reach those in most vulnerable and furthest behind”.  She added that it is particularly concerning that such a large share of people from across Jordan have been affected so severely by the socio-economic impact of COVID-19. “It shows that not only the most vulnerable have been affected but many others”.

COVID-19: A Magnifying Glass for Inequalities

More than 85 per cent of the most vulnerable households reported to have faced difficulties in meeting even basic needs like food and rent during the first few weeks of the lockdown. Even amongst the general population, almost three quarters reported similar difficulties.

Only around 7 percent of households from across Jordan reported that they were working as before, half indicating that they have lost their livelihoods, amongst the most vulnerable the proportion was even higher with 68 percent.

Despite government’s efforts to control food prices, about half of all respondents reported that they feel that food prices have risen significantly and many reported challenges in accessing basic health care.

Globally, against the backdrop of the raging COVID-19 pandemic, the world economy in 2020 is projected to shrink by 3.2 percent, racking up some $8.5 trillion in overall losses – wiping out nearly four years of output gains, according to a mid-year economic analysis by the United Nations.

Meanwhile, global human development – which can be measured as a combination of the world’s education, health and living standards – could decline this year for the first time since the concept was introduced in 1990, the UNDP warned this week.

The combined impact of these shocks could signify the largest reversal in human development on record.

In Jordan, as the economy is opening up and a staggered approach to easing lockdown measures, some challenges are becoming less but the majority of respondents expressed concern that the COVID-19 crisis will have a long-term impact on their livelihoods. More than three-quarters of people participating in the survey fear the long-term impact of the crisis on income levels and livelihoods, lasting beyond the lockdown. 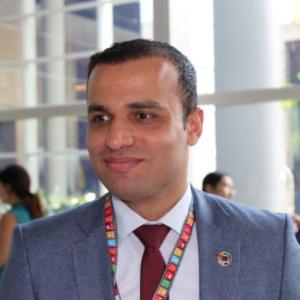