KfW and UNOPS partner in support of the Ministry of Education

The German FC PMU will be integrated into the Ministry’s Development Coordination Unit and will provide technical advice and support on German-funded projects: "UNOPS is committed to successfully implement this project under the Ministry's leadership”.

In the framework of Germany’s continuing support to Jordan, The German FC PMU will be integrated into the Ministry’s Development Coordination Unit and will provide technical advice and support on German-funded projects, including the coordination and facilitation of the School Construction Programme and the implementation of the reform towards a stronger facility management and maintenance at Jordanian public schools supported by the Development Policy Loan.

“This is another example of the close cooperation and partnership between KfW, UNOPS and the MoE to support the education sector in Jordan. The German FC PMU is premised on the principle of national ownership, and UNOPS is committed to successfully implement this project under the Ministry's leadership,”

The German FC PMU will be financed by the Federal Ministry for Economic Cooperation and Development (BMZ) on behalf of the German government to support the implementation of MoE’s and KfW’s joint projects. 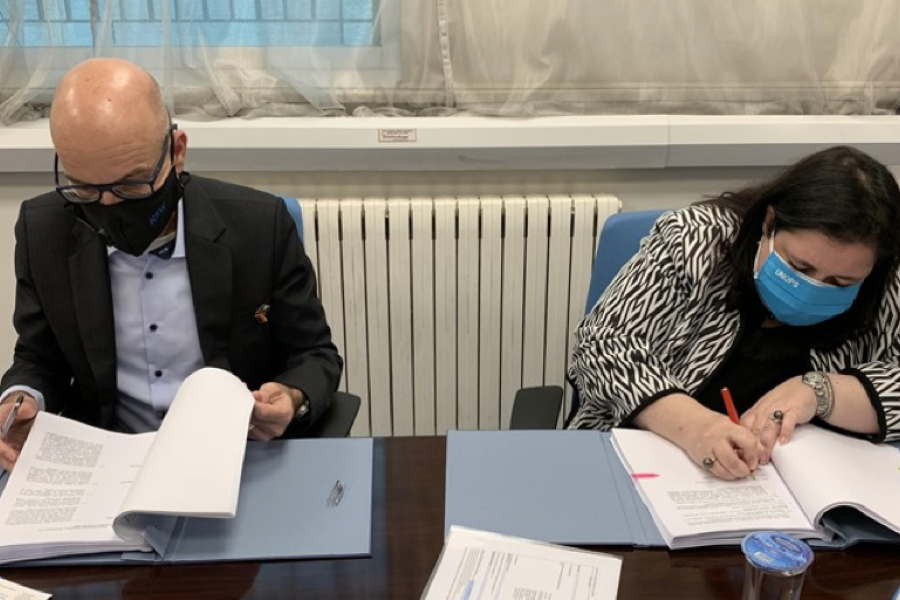 “The establishment of the German FC PMU is a milestone in our cooperation with MoE. We are convinced that UNOPS is the right partner to manage the PMU and to assist MoE in driving its reform agenda on maintenance and in implementing the school construction programme.”

Also commenting on the signing of the agreement, Ms. Bana Kaloti – Regional Director for the Middle East region and Representative for UNOPS Operational Hub in Amman said:

“We are pleased to continue our cooperation with KfW in support of Jordan’s education sector. We hope that through this support, UNOPS can extend its infrastructure and project management expertise to support the Ministry in their ongoing efforts to improve the schools’ infrastructure, create a conducive learning environment for children and their teachers, and ensure inclusive and quality education for all”.