AMMAN, 22 October 2022 – The United Nations in Jordan on Saturday observed the UN Day, reaffirming its commitment to continue strengthening development support to Jordan and providing humanitarian support and protection to people in need.

Comprised of 18 resident agencies, the United Nations in Jordan in collaboration with the Greater Amman Municipality marked the day in a public event that included an exhibition, which showcased the UN agencies work, bazaar, interactive and learning activities and theatre performance.

HRH Princess Dina Mired, the event’s Guest of Honour expressed her appreciation for the work that the UN is doing globally and in Jordan. “I would like to thank all UN staff wherever they are for their efforts, and for what they are doing here in Jordan, for being the custodian of the values of human principles and humanity.”

In his opening remarks, Dominik Bartsch, the UN Resident Coordinator ad interim in Jordan said the United Nations has a long-standing relationship with the Government and the people of Jordan. “Today, is an opportunity to reaffirm our commitment to continue supporting the Government, assisting the most vulnerable people, and accelerating the achievement of the Sustainable Development Goals”.

He added that soon the UN will be inking a new five-year Cooperation Framework with the Government of Jordan, which will focus on inclusion, addressing vulnerabilities and sustainability.

UN Day, on 24 October, marks the anniversary of the day in 1945 when the UN Charter entered into force. UN Day, celebrated every year, offers the opportunity to amplify the working agenda, and reaffirm the purposes and principles of the UN Charter that have guided the Organization since its founding.

In a video message released to observe the day, the UN Secretary General Antonio Guterres said: “the United Nations is the product of hope.  The hope — and resolve — following the Second World War to move beyond global conflict to global cooperation”.

“Today, our organization is being tested like never before. But the United Nations was made for moments like this. Now, more than ever, we need to bring to life the values and principles of the UN Charter in every corner of the world,” Guterres added.

For more information about the United Nations in Jordan and its work, visit UN Jordan Website: www.Jordan.un.org 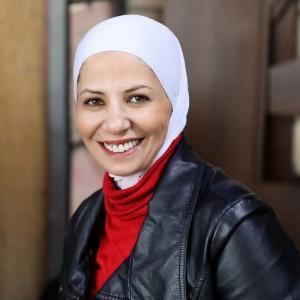